Wow! what  place to visit.

Hubby and I have taken advantage of the fact that we are now child free and can go away whenever we want to and thought that our 18th wedding anniversary would be a good time to start!

We looked to go to Dublin at first but then we saw that Barcelona was cheaper to go to and thought what the hell, let's do it!

I hate flying but at least this time I wasn't on my own!

Early start on the Wednesday morning saw us landing to sunny blue skies in Barcelona at lunch time and we managed to get to our hotel by about 2:30pm - we took the aerobus to Playa de Catalunya which was a 10 minute stroll to our hotel. Hotel was meant to be a 4 star one but I think you can say that it was well loved and needed a bit of TLC. However, we had a lovely spacious room on the 8th floor with a large balcony. View was of the backs of buildings but we had the La Sagrada Família as a view from the balcony and that was our first destination.

We set off to walk there - didn't look too far.

We followed one of the tourist maps and walked passed the Arc de Triomf to begin with. 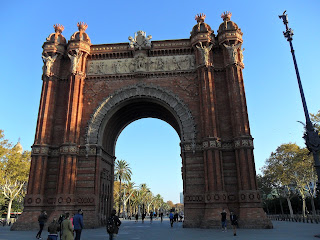 We then started to try and find our way to the church! Many steps later we finally got there! 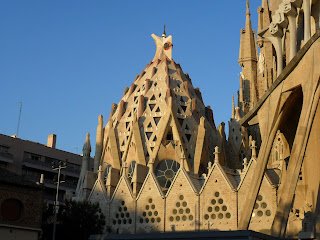 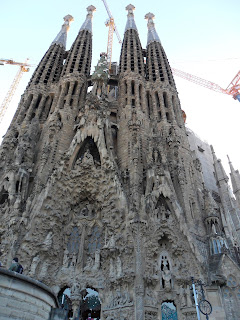 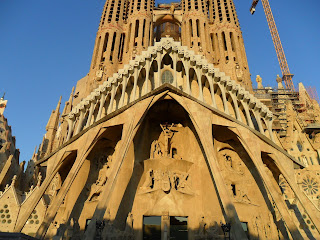 It was an amazing place to visit and I would thoroughly recommend it. It just seems to be a never ending building site though!

We strolled back through the streets and managed to find our way back to our hotel - it was the middle of November and we were in short sleeved t-shirts at 8pm- although the locals thought we were mad as they all seemed to be wrapped up!

The next day, we purchased a T10 pass - 10 journeys on bus, train or tram which can be used by multiple people and the bonus is that if you continue with your journey within 75 minutes of getting off of the transport, it still counts as one journey!

We took a bus all they way out of Barcelona to the CosmoCaixa (science museum) which was sited almost on the top of the hills you can see from the harbour. To be honest it wasn't my first choice of places to visit but hubby's boss had said it was great - no it wasn't! The best bit was the amazon rain forest bit 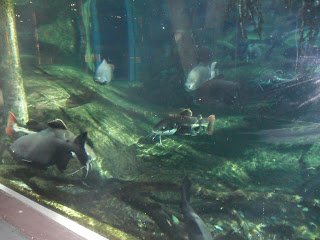 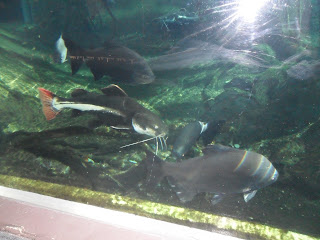 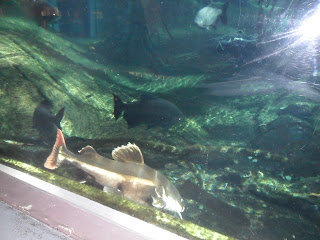 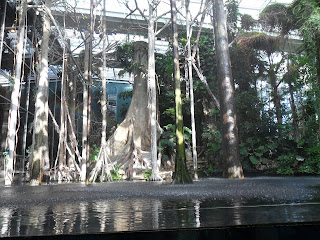 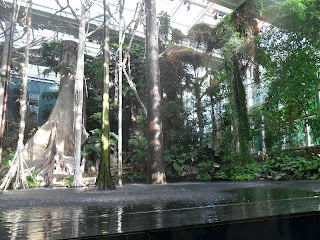 Then we hopped back on the bus and stopped off here 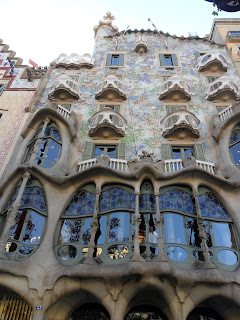 And then hopped back on again down to the harbour. There were some amazing boats down there - hubby googled them when we returned to the UK and one of them was £160 million!

There's a cable car that goes from the harbour up to a mountain where you can spend the day but with my fear of heights I really don't think I will ever make it! 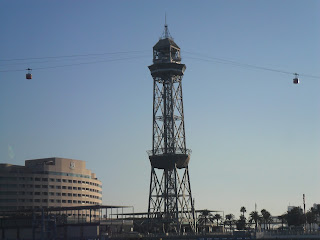 After a wonder around the harbour we made our way back towards the hotel. We stopped off at Barcelona Cathedral which was just around the corner from the hotel. We had to queue to get in as we were going for the free entry time 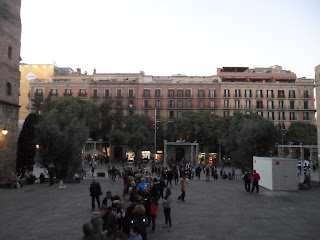 As you can there was a few of us who had the same idea! It was almost dark by the time we finally got into the cathedral but it was amazing. My camera is pretty naff so I didn't get any usable photos inside apart from this one: 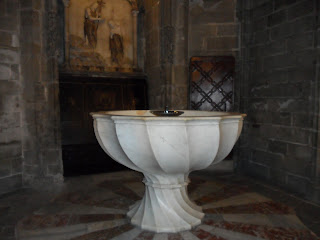 The baptism font - big enough to be used as a bath! It's all locked away behind gates and is very very old indeed!

The food was great in the restaurants around where the hotel was and all in all we spent less than £400 for the 2 of us to stay for 2 nights. This was flights and hotel as well as parking and insurance.
Hubby is one never to return to places but he is keen to return and stay for longer the next time as we definitely didn't get to see everything we wanted to.

Barcelona is a beautiful city and I would recommend it to any of you to go and explore!
Posted by Blue Wellies at 10:56