My boss is very much a theatre goer - she regularly goes and she enjoys it!

Apart from the obligatory pantomimes as a child I have never really been.

She has been through a lot in the past 2 years and in November 2014 she completed her radiotherapy just as we were due to go to London for a meeting at Parliament.

When I mentioned that I had never been before, she said " let's go and watch Les Mis" it's a great one to start with.

So £135 lighter in the pocket (and that was a cheap seat) and off we went!

To say that it blew me away was an understatement - I have never seen the films, or even listened to the soundtracks before, but this was amazing. It was at the London Queen's Theatre, minimal scenery and props, and a revolving stage. I came home that night tired but blown away.

Then for Christmas that year she gave me a ticket to see Legally Blonde - the musical at our local open air theatre. It is one of the top ones in the country and seats about 550 people under very large canopies. 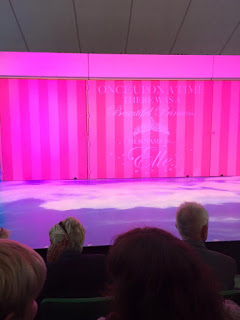 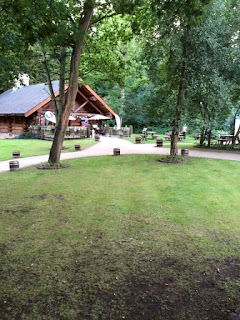 Again, never seen the film and had no idea about the story but that was great too.

Christmas present last year - West Side Story at the open air theatre this week and that was amazing too. 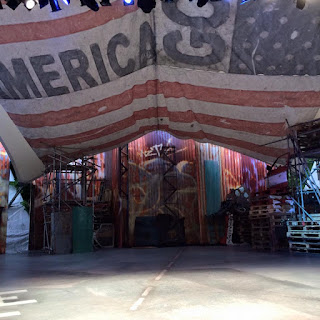 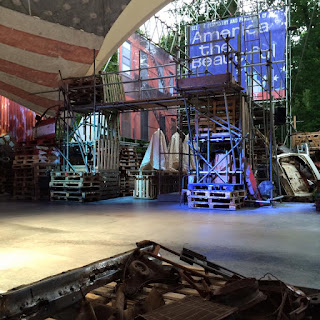 I have two more evenings booked for this year as well - beyond the barricades (have no idea) and Thoroughly Modern Milly (again no idea).

While I do enjoy theses nights out - I am starting to believe that I am nowhere near the sophisticated socialite that my boss is and really do not appreciate the theatre as much as she does - last week she went to our local large indoor theatre and watched Jane Eyre as a ballet - that is something I could never do!

As a girls night out, I would thoroughly recommend it - if you have a partner who would put up with the show, then our local outdoor theatre is situated in the grounds of a very swanky hotel and they do dinner, show and stay over packages which would make a lovely anniversary treat or just a "get away from it all" treat.

Posted by Blue Wellies at 22:37 No comments:

What to do with all of that spare time I now have!!

So, I now have an extra 90 minutes a week - or so the official Girlguiding UK publicity blurb would have you believe that is all is needed to run a unit each week!!

I have been busy since I stepped down as Brown Owl - I was training at the time for the half Moonwalk. I do not do exercise and I do not walk long distances! This was a challenge - especially as they had moved the starting point this year so the distance was actually 15.1 miles - not the 13.1miles that a half marathon should be.

If you have never heard of the Moonwalk this should let you know a bit more! It is a charity that has become very close to my heart over the past couple of years, following on from my boss being diagnosed with breast cancer 2 years ago. She has fought every step of the way and has been given the 18 month all-clear today, so things are looking up!

You are sent a wonderbra and you have to decorate it according to a theme - this year's was carnival. Now I am no craft person and so managed to pull together this: 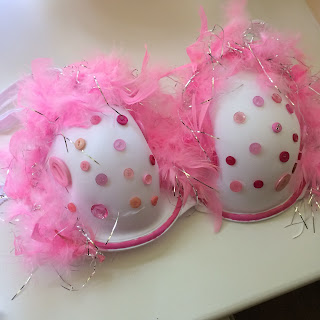 A Sharpie pen around the wire, some buttons glue-gunned on and a pink feather bower glued on as well!

You are then asked to walk your distance in your bra and a pair of black leggings - that is all!!

I probably did not train as much as I should have - but have managed to discover several reservoirs around the two counties that surround our house.

On the night, I really did not think I would make it, but with the support of the friends who agreed to walk the route with me, we made it. It took us around 6 and a half hours to walk it in total and felt like zombies at the end of it. I honestly thought I would  never be able to move again!

At the end of the walk we were presented with this: 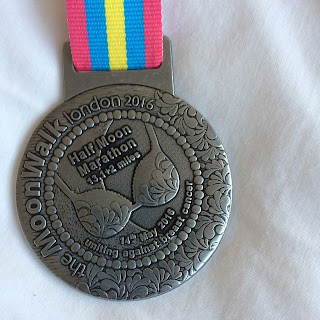 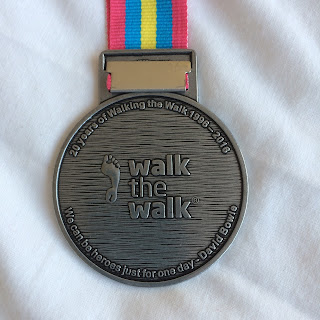 It was worth it and I would recommend it to anyone to do as a once in a lifetime challenge - I can now say I have completed a half marathon! I will however, never be doing it again.

Give it a go, if not a half marathon, how about one of the 5K or 10K walk/runs events that Race for Life promote each year? They are just a walk in the park - simples!
Posted by Blue Wellies at 23:50 No comments: